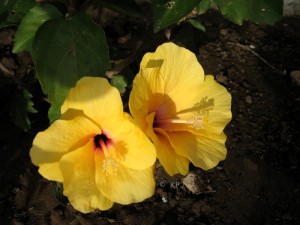 No not mine. Don’t be silly.

Actually I have been to the job centre and naturally there was nothing for me.

But my smart partner on the other hand has a much more marketable skill. He too has his trade papers, but none of that unnecessary clart that I possess. And more to the point, his trade is in construction. So where better to look for a job than a place which is putting up new buildings right, left and centre. Particularly when there is a shortage of qualified decorators, although plenty of chancers who can just “do a bit of painting.” (They invariably can’t).

There were two jobs in there for him. One was paperhanging in commercial premises and the other was paint finishing (for cars). He can do both of those, so I told him this with great glee.

But by the time he had got to the job centre the jobs had gone so he asked about them. Apparently the paper-hanging job was only for a week, so the job centre had taken it down. Most people want a permanent job.

Wages in Gib are not good. Property is expensive. And like anywhere, I would not like to be a young person trying to start out and buy a home on a low income. People need permanent jobs. But I’m not young, and I have my home. And both Partner and I are quite happy with temporary work. We’ve gone through the bust-a-gut-for-seven-days-a-week syndrome and don’t want it any more. Temporary work for a few weeks or a few months is fine for us. It means we can do other things with our lives, but it also keeps us busy and it helps out with the budget.

When we were in Sydney, we both got “casual” jobs. In my case I turned up at the Job Centre for 6am, and invariably got a start that day in a canteen or a sandwich bar. Usually it was to cover for someone who was sick or on holiday or who had just left. The employer rang and got someone to start a couple of hours later, ie as long as it took you to get there. If you were rubbish you only lasted the day. If you were any good, the jobs lasted for weeks.

Partner got his jobs through the union rooms. Having a more useful skill than me he also got paid nearly twice as much. His jobs lasted for months rather than days or weeks.

I did get offered a journalist’s job in Sydney. It was full-time, for long hours and paid less than making sandwiches did. It was also miles away in a suburb somewhere in nasty air-conditioned offices. I wouldn’t have got a free lunch either. I know there aren’t any free lunches in life, but I didn’t go hungry when I worked in catering in Sydney.

So I think it is a shame that there aren’t more casual jobs advertised for those of us who just haven’t got the desire to spend the next ten or twenty or thirty years of our life doing the same boring repetitive job. Still someone needs to dogsit while Partner is out grafting on some construction site somewhere.

Updated to add: He’s just had a ‘phone call and seems he has a start on Monday morning. Ah, I’m destined for a life of idleness it seems…… 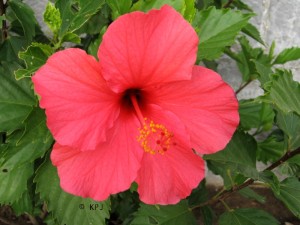 4 comments on “The job hunt”