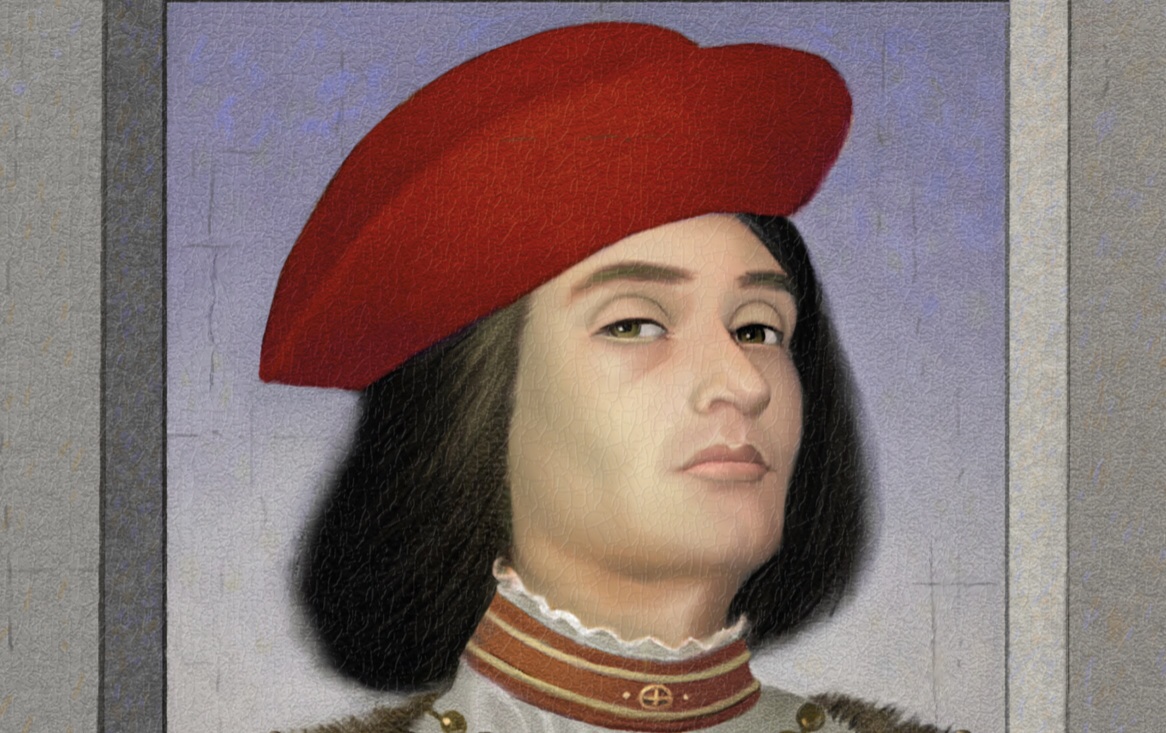 My father always said the best barber was always the one with the worst hair cut, based on the dubious logic that a good barber was so busy he didn’t have time to cut his own hair.

While time might be a factor, it’s more likely that he’s so sick of cutting hair, that in his spare time he really doesn’t give two hoots about how his hair looks.

After thirty years of living with a professional decorator who’s been painting for more than 40 years, we often live in houses that need a redec.

Somewhat like the hypothetical barber, he often doesn’t have time, and when he does, the last thing he wants to do is pick up another paintbrush.

As my limping is getting slightly better, I made a start on some well overdue cleaning, and much to my surprise, the kitchen area and entrance to the flat were painted. Next I attacked the bathroom. It has water stains from an upstairs leak and the paint around the window area was flaking, and there was mould. Damp humid environments like Gib = mould.

I washed off as much of the mould as I could. Limping might be coming along but it doesn’t extend to climbing stepladders so he finished the washing down.

Next steps, each requiring a separate day for drying time: 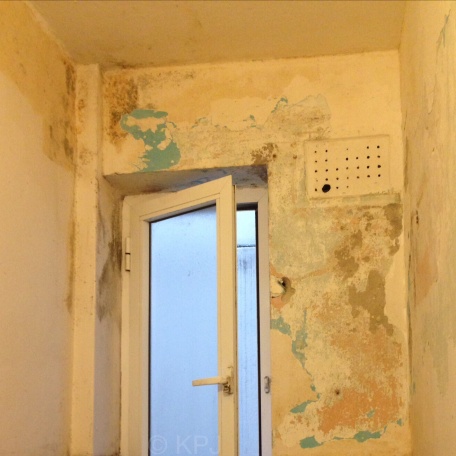 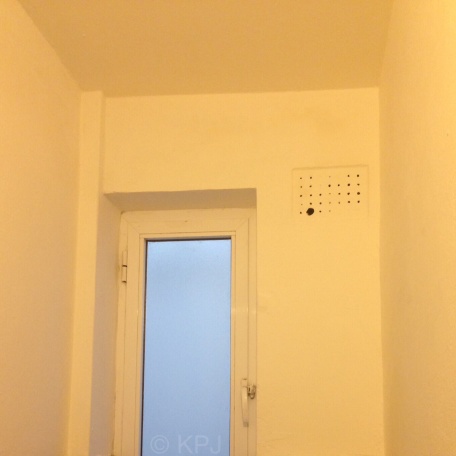 This wouldn’t be a cost effective job to do for a customer. Six visits to one property for a few hours each day? For a tiny area? Stain block primer at nearly thirty quid a litre and Dulux paint at around fifty quid a gallon?

Anyway it’s looking good. Well, the walls are looking good, even if the rest of the bathroom needs chucking out. We’ll be checking to see if the stains reappear in which case they will get more stain block primer and another coat of emulsion.

And while my personal painter was grafting away—I’d retired after my phenomenal cleaning contribution—I was reading a book about the other sort of painter, in this case Botticelli.

How could I not want to read this? The good thing about studying history is that you get loads of art history thrown in too, whether it’s mosaics in Ravenna, the Sistine Chapel, or lesser known glories but equally as awe-inspiring. Botticelli appeared in my history A level, after all, it was Renaissance and Reformation, so we were blasted with fifteenth/sixteenth century artists.

Novels involving art history invariably revolve around proving an unknown painting is by a famous artist. Michael Frayn’s Headlong is an example.

BB is along those lines. Is the picture lying in a crate of an art restorer by Botticelli or not? The twist here though, which is almost spooky after reviewing EJ Simon’s books Death Moves In and Death Logs Out, is that the subject of the painting speaks to the restorer. Yet another voice from beyond.

The author creates a good character in the count in the portrait, who is naturally a Medici, a mix of arrogance, sincerity and pragmatism. He’s probably the best character in the book. The self-righteous art restorer becomes slightly obsessed with checking out the history of the painting and wonders how it ended up in his family when the last recorded memory of the count was hanging in the home of a French Jewish family in Paris in the 1940s. Cue Nazi art thefts … concentration camps … and a relative who survived Auschwitz.

But to get to there, we’ve had to go through every single exchange of owner the painting has made which drags out the story somewhat. However, once we finally get to the point, ie who took the painting from the Jewish family and, if, IF, it is a Botticelli, what then happens to the painting?

So after a meandering start, it picks up and the second half is quite lively.

In terms of picky roughseas finding spelling errors, I didn’t. Amazing. I must be losing my touch. But I did find some annoying examples of sloppy word placement, or rather misplacement, most odd, eg:

“poured himself a glass a wine.”

Where it should be ‘a glass of wine’.

I found it odd that a book that was clean on spelling and had only one dialogue error (that I noticed) had a number of missing or wrong small words like ‘a’ and ‘of’. Bizarre.

One of the other aspects that puzzled me was that the author is described as a British attorney, and lives in America (qv bio below). The book is set mostly in London, with trips to Europe, and one brief trip to New York. Yet the language is totally American. Perhaps the biggest one that didn’t ring true was when the art restorer was in Paris and asked to go to the bathroom and he wasn’t understood so resorted to asking for the toilet. Duh! Où est la toilette? Or in this example, where are the toilets?

Young Brits may well ask for the bathroom instead of the toilet these days, I have no idea, but this character was knocking on a bit, Italian heritage, but living in London and no American connection. Why would he ask to go to the bathroom? If I ask for the toilet in Spanish I don’t ask for the cuarto de baño.

It does bring up important questions though about what language you use for novels. If I wrote a book set in America or Canada, how would I have my characters speak? In Queen’s English? Unlikely. Should the main setting, main characters, or the author’s nationality determine the variant of English used?

And, on a forum, I recently read a thread questioning how characters in historical novels should speak. At one end of the spectrum is it thee, thou, forsooth, or should they use current day idioms that we are all down with? That applies to this novel as the Medici count is some 500 years old, and interestingly, therefore, he predates America.

The main issue about language is retaining credibility for the novel, surely.

All in all, however, it was a decent, enjoyable and interesting light read. A note at the end about Botticelli would have been good for people that don’t know much about him, and also to explain that he didn’t usually sign his paintings.

Stephen Maitland-Lewis is an award-winning author, a British attorney, and a former international investment banker. He held senior positions in the City of London, Kuwait, and on Wall Street before moving to California in 1991. He owned a luxury hotel and a world-renowned restaurant and was also the Director of Marketing of a Los Angeles daily newspaper. Maitland-Lewis is a jazz aficionado and a Board Trustee of the Louis Armstrong House Museum in New York. A member of PEN and the Author’s Guild, he is also on the Executive Committee of the International Mystery Writers Festival.

His novel Hero on Three Continents received numerous accolades, and Emeralds Never Fade won the 2012 Benjamin Franklin Award for Historical Fiction and the 2011 Written Arts Award for Best Fiction. His novel Ambition was a 2013 USA Best Book Awards and 2014 International Book Awards finalist and won first place for General Fiction in the 2013 Rebecca’s Reads Choice Awards. Maitland-Lewis and his wife, Joni Berry, divide their time between their homes in Beverly Hills and New Orleans.

Thanks to Italy Book Tours for providing me with this book to review.

76 comments on “From one painter to another”